I won D&D and it was Advanced!

I know, it's been around for almost a year now, but I just finally watched the AD&D episode of Community which, by the way, just happens to be the best show on broadcast TV at the moment.  Anyway, if you haven't seen it, here's a teaser; you need a hulu membership to watch the whole episode--or get the DVDs of season 2.  You can watch recent episodes on the NBC website for free.  If you dig it as much as I do, you should write to your Congressman to make sure NBC doesn't ditch this show.

Posted by Timrod at 5:14 PM No comments: 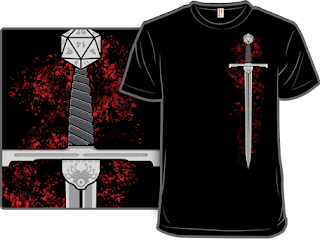 At long last my gang of (2) gamers finally embarked on adventure in the good ol'  Village of Hommlet.  Bob--my original cohort from back when this blog started nearly 2 years ago--and I have been joined by Dan the Aussie, a long time "mate" of ours who decided to join the ranks of "tremendous nerds" (it's much more charming when said with an Australian accent) and give D&D a try.

In many ways Dan, a novice to the rpg scene, is the complete opposite of Bob.  Whereas Bob is all about strategizing combats and unpuzzling traps, Dan loves the interactions of his character with the NPCs.  Not surprising now that I recall Dan was no foreigner to the theater department in his college days.

Call to Arms
There are only 3 characters; Bob has Ponce the Paladin, Dan rolled up Jerry the Thief, and I am running Ahmad the Mage as an NPC; he'll be my PC should one of the other fellas DM a later adventure.  Of course anyone familiar with T1 knows that three first level dickheads with d6 hit points are not going to make it far in the old moathouse, so the NPCs of Hommlet strongly encouraged the boys to recruit a few more hands before they go off to meet certain death find glory and adventure at the moathouse.

Through interaction with the denizens of the Buxome Wench Inn--actual roleplaying!--the fellas have enlisted the infamous Elmo--though I ditched his drunken retard act--and his poker buddy Furnok the Ferd, a 4th level thief/card sharp, as well as Spugnoir the Evoker, Zert the Warrior who is also an evil agent of the Temple, and Kobort the also-Warrior.  They convinced dimwitted Kobort (Int 6) to ditch his unlikeable companion Turuko (Cha 5), who is now righteously pissed at the party and plotting his vengeance.  This took most of the evening, and I think even Bob enjoyed it. 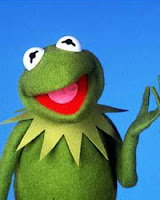 With the posse assembled and armored up they made for the moathouse.  Finally, the encounter I had been anxiously anticipating was upon us: the attack of the ravenous frogs!  I was giddy with excitement about running this rematch with the badass, halfling-chomping amphibians; and I felt no pity for the unsuspecting players who thought the adventure would politely wait until they entered the castle to begin.  Sadly--for me--the frogs failed to surprise the party and, indeed the party even won initiative!  Stupid slow-ass frogs.

I've given Bob and Dan a free hand in tactical deployment of the NPC party members--though as DM I retain veto power over any action that I deem inappropriate to their character--so they launched the gang into action.  Two frogs were dead and two others injured before they managed to get their tongues out of their mouths; this was not going to be the massacre I was expecting.  Indeed, between the 6 of them, the frogs inflicted a measly 7 points of damage before the party roasted up their legs for lunch.  Their vicious reputation did not go completely unwarranted--5 of the 7 points of damage came at the fatal discomfort of Spugnoir the MU who only had 4 hit points.  Why the fellas didn't bother protecting the magic users I don't know--although it was Zert the evil fighter who was in the best position to protect Spugnoir, maybe his evil intentions are showing through?--but now they're out his 2 sleep spells and they have a lot of brigands to fight pretty soon.

Posted by Timrod at 4:15 PM No comments: