AD&HD: Gaming with the Next Generation

As with many of us old timers who are raising youngsters, I've occasionally pondered how I would go about introducing my progeny to the ol' hobby. My thoughts on the matter have vacillated from force-feeding him a diet of J. Eric Holmes to caving in to my friend Drew's demands that Pathfinder is the platonic ideal of all gaming. I told the latter where to stuff his Diplomacy Checks but have otherwise ignored the matter up to now. So when the 10-year-old kid who lives in my house started playing Dungeons and Dragons after school with his friends, I was relieved to have the matter settled for me.

He told me about some of his adventures, the highlight being when his dwarf wizard sunk a pirate ship with a fireball, which sounds pretty cool. But when I asked if I could see his character sheet; he said:
"What's that?"
"The sheet of paper you write down all your character's stuff on"
"Oh!" he brightened, and revealed a piece of paper, blank except for two unlabeled columns of numbers. I deduced from his description of the action that one was his hit points--or "health" as he called it--and the other was "the stuff you get when you beat the bad guys" so, XPs? Maybe Gold? Hard to say for sure. I asked him where such trivial details as his class and weapons and armor--even his name--were recorded and he said "we just remember that stuff." Fair enough, but obviously the concept of ability scores was completely unknown to him. Still, pretty soon he was asking the question that I had hoped to hear for ages:
"Can we play?"

So, Chucker, which edition did you decide to go with, you ask? Good question. Although the lad owns a copy of the PHB 3.5 that he bought from a friend for a buck and another kid in his posse has the latest version (is 5th ed still current? Are we up to 6th yet?), it's pretty clear that the kids aren't really adhering to any published rules, bless them. So I dug out my copy of  Swords & Wizardry thinking it's the most complete yet concise rule book I have on hand--my dreams of a Hackmaster campaign will have to wait until later, I fear. I showed him the character sheet from the back of the book and started pointing out basic items that he might want to know about--Strength, Int, special abilities, etc.--but it quickly became obvious that I could either spend the weekend teaching the kid how to play or we could just play. Which is to say, we're going to be winging this thing.

So in the interest of getting to the action before the kiddo lapsed into catatonia, I had him make 3 characters--there is no "rolling up" involved in this kid's concept of character generation--with the least amount of information I could tolerate. This involved naming them, picking their race and class and rolling their money. So there is a little rolling -up involved after all.

When picking classes for his characters he initially wanted a bard but dropped it when I informed him that they play musical instruments and tell stories. He said,
"Oh, I just wanted one because they start out with a whip."
After assuring him that whips are available to all character classes, he instead selected a dwarf knight, a human burglar, and a cleric. I tried not to discourage him on that last one, but he could sense my revulsion and changed cleric to an elf sorcerer. In case you're wondering, he chose the class names (knight, burglar, sorcerer) himself without consulting any books or lists of classes. Anyone who knows how I feel about "rogues" will appreciate how happy this made me.

We started to shop for possessions, but the Kid has less patience for shopping than I do so we just gave his guys some armor and weapons and picked spells and abilities as appropriate. Strangely, despite his interest in having a bard, he didn't select a whip for any of his characters. Probably because it wasn't in the S&W equipment list, a shortcoming I hope they address in future editions.

Here's a house rule I made up on the spot regarding burglars/thieves: burglars get the following abilities: pick locks, hear noise, move silently, hide in shadows, find secret stuff, and climb walls; they can choose Read Langs, Pick Pockets, or Back Stab as an elective. Being a silly kid, Caveman jr. went straight for pick pockets, but changed his mind when I told him back stab gives him double damage.

For hit points/health I had him roll 2 sixers** and take the higher of the two, adding one if you roll doubles, except elfs and Sorcerers who only roll 1d6, and dwarfs and fighters who add their 2 sixers together.*** This left him a little annoyed cuz in his game with his chums everyone starts with 20 health--a direct holdover from Magic the Card Game; he and his cronies have been devotees of said  game ever since they outgrew Pokemon cards.

We got a second round of character generation when the "knight" bought the farm in his very first fight--an ill-advised tussle with some zombies in the basement of a haunted house--so, in a time honored tradition, the kid took the survivors to the local tavern to rustle up some replacement characters. I rolled some dice and miraculously a druid and a barbarian appeared in search of adventure.
"Cool! Can the druid turn into an animal?"
"Not until 5th level" I said, wondering if that has ever been a rule, "at first level they can just talk to animals."
So now druids can talk to animals at first level; who knew? And since the lad is a big fan of the adventures of Asterix the Gaul, they can also make potions a la Getafix, the druid who supplies the Gaulic villagers with the super-strength potion that allows them to pummel the Romans into submission time ad nauseum.****

I'll skip the play-by-play on account of how you probably don't want to read that crap, but I gotta' say that I'm pretty happy about a couple of things:
I suspect the Boy finds my house rules pretty stodgy by comparison to his game with his friends, even though I've radically revisited my own efforts at rule streamlining, finding them just not sleek enough for a 10-year-old's attention span.

* No you didn't miss it; there is no "*" indicated in the text of this post. Unless you count Asterix.
** And a little more rolling.
*** If it ever comes up, Dwarf MUs and Elf Fighters will roll 2d6 and take the better of the 2.
**** Yet, despite his previously mentioned ignorance of the nature of bards, a bard character features somewhat prominently in the cast of Asterix. Despite the kiddos concerns at character generation, Cacofonix***** does not wield a whip and is famous for two things: singing horribly and getting gagged to prevent him from singing horribly.

***** For those unfamiliar with the source material, all Gauls in the Asterix saga have names ending in -ix; a trope that leads to incessant punnery.
Posted by Timrod at 3:09 PM 2 comments: 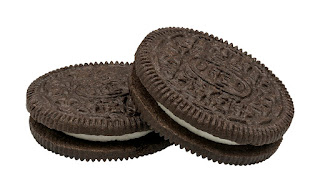 Don't know how I missed this one last time around but it came to me like a bolt of lightning when I got back to work this morning: