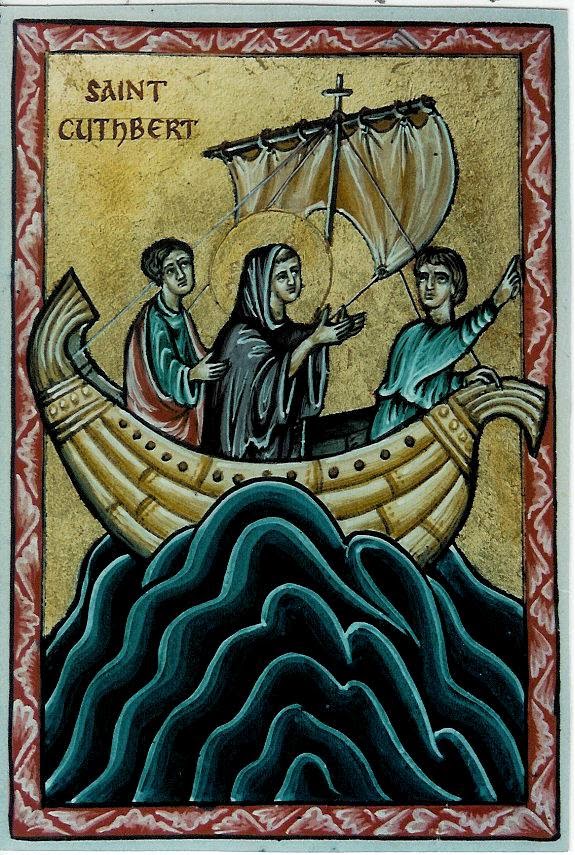 I know you're all still recovering from ol' Paddy Snakebane's Festival of Greenery on Tuesday, but get your party hats back out because today marks the feast of St. Cuthbert!  Besides knocking back a pint or three of St. Cuthbert's IPA, you might consider celebrating by being nice to animals: Ol' Cuddy was famous for his rapport with the critters of the world.  Also, get in some cudgel practice whilst sporting your favorite chapeaux. 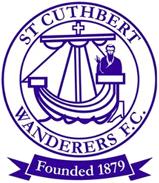 Not sure why he's in a boat in the photo above, but it's a somewhat common theme in non-Greyhawk Cuthbertian imagery. Check out his soccer team's crest (right).

Although Wanderers--along with the similarly themed Rovers and Rangers--is a fairly common team nickname for F.C.s in the British Isles* the name is especially appropriate for a club honoring ol' Cuddy; his posthumous wanderings are the stuff of legend.  For centuries after his death his remains were repeatedly moved from one hiding spot to another in order to avoid plundering by Minnesota Vikings.

* Despite all the Old Country emulation that goes on in MLS nomenclature--see the Uniteds, Reals, Dynamos, FCs, and, now, Cities, that clutter up the standings--no one has taken a shine to the Rovers/Rangers/Wanderers theme.  Wanderers is perhaps too desultory for modern tastes and Rangers is already taken by both a hockey and baseball team here in N. America, but Rovers, I think, would make for a damn fine futbol team.