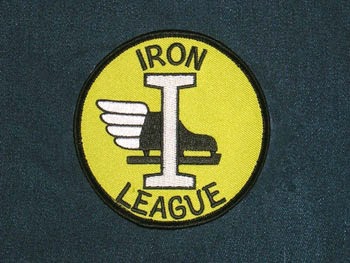 We all know that the Iron League was formed when a handful of small provinces broke off from the southwest corner of the Rauxes-based Overkingdom.  How this was achieved is not obvious until one remembers that the Hanson brothers of "Slapshot" fame were Iron League natives.  Though Jack, Jeff, and Steve had little else to say on their land of origin, one can assume--given their reputation for goonery--that Jack's statement that fighting was not prevalent there must be understood that these sorts of things are, indeed, relative.

The brothers, despite their youth and myopia, were big, tough warriors who foiled up their fists before each foray, never backed off from a brawl, and did not hesitate to deliver a low blow to gain the upper hand in a melee.  Sounds like the perfect combination of traits you want in a peoples if your intent is to break away from the largest, most powerful, and most criminally insane regime of the era.

Oeridi-centric Bias in the Gazetteer

You don't have to read too much of the Greyhawk Gazetteer--or the later Guide edition for that matter--to realize that the thing was written by Oeridians.  And not just any Oeridians; more specifically, the author was most probably a member of the Aerdian clan that pushed eastward into the vast plains of the eastern Flannaes--though he or she is not too happy with the current state of affairs in the once Great Kingdom, he or she clearly takes pride in the past achievements of the Aerdi.  Below are a few of the more obvious indicators as to where the author's loyalties lie. 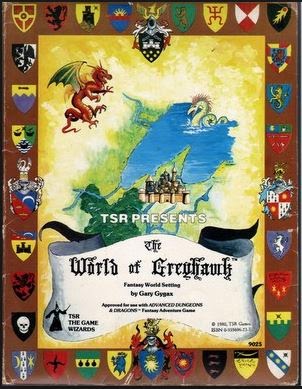